CSI faculty, staff and students may borrow books from other CUNY libraries, and from libraries across the United States through Interlibrary Loan. 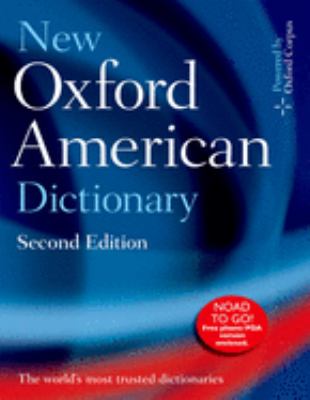 The second edition of The New Oxford American Dictionary is a single-volume dictionary of American English. Oxford dictionaries are a hallmark of reference.

First published over fifty years ago, this text remains an essential text for all serious students of literature. Now fully updated to reflect the latest scholarship on recent and rapidly evolving critical theories, the eleventh edition contains a complete glossary of essential literary terms presented as a series of engaging, beautifully crafted essays that explore the terms, place them in context, and suggest related entries and additional reading. This indispensable, authoritative, and highly affordable reference covers terms useful in discussing literature and literary history, theory, and criticism. Perfect as a core text for introductory literary theory or as a supplement to any literature course, this classic work is an invaluable reference that students can continue to use throughout their academic and professional careers. (Summary from publisher).

The first visual dictionary to incorporate dictionary -scale definitions. More than 20,000 clear and concise terms and 6,000 full-color, highly detailed illustrations are grouped into 17 chapters outlining subjects from astronomy to sports. Ideal for teachers, parents, translators, and students. (Summary from publisher). 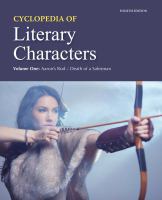 This comprehensive edition combines the characters profiled in the first three editions of Cyclopedia of Literary Characters (1963, 1990, 1998) along with brand new coverage of characters that appeared in works of fiction published between 2000 and 2012. This series offers readers the opportunity to become familiar with both famous and less well-known personalities from classic fiction. These character descriptions can be used alone to begin researching character development and motivation in a novel. They also can be used as a starting place for analyzing an epic play or novel and its author's writing style and technique. Articles are arranged alphabetically by book title and begin with ready-reference top matter information about the author and the book, including each book's title, foreign title if originally published in a language other than English, author's name with birth and death years, date of first publication, genre, locale, time of action, and plot type. The characters are arranged by order of importance within each article. The central or key characters receive lengthy descriptions; supporting and minor figures receive less extensive treatment. Books by a given author that commonly are studied together are treated in a single article, allowing the user to study character development across the books. Heavily cross-referenced indexes allow easy access to all title covered. Pronunciation guides are provided for character names that are most likely to be mispronounced. Three indexes are found at the back of volume 5, and are designed to help the user more readily access the text. First, there is a complete list of titles, including cross-references. Second, an Author Index lists titles by author; again cross-references are included. Finally, the alphabetical Character Index lists the more than 29,000 characters described, using last names if those appear in the original works, or using first names or descriptions. The Character Index is a valuable aid in locating the author and work or works with which a particular character is associated. - Amazon (Summary from WorldCat.org).

A Dictionary of Literary Symbols

This is the first dictionary of symbols to be based on literature, rather than 'universal' psychological archetypes or myths. It explains and illustrates the literary symbols that we all frequently encounter (such as swan, rose, moon, gold), and gives hundreds of cross-references and quotations. The dictionary concentrates on English literature, but its entries range widely from the Bible and classical authors to the twentieth century, taking in American and European literatures. For this new edition, Michael Ferber has included over twenty completely new entries (including bear, holly, sunflower and tower), and has added to many of the existing entries. Enlarged and enriched from the first edition, its informed style and rich references make this book an essential tool not only for literary and classical scholars, but for all students of literature. (Summary from publisher).

To access the e-books from their listings within OneSearch, click on "Full Text Available" or on "Link to Resource". Comprehensive dictionary providing the meaning, history, and pronunciation for more than a half million words in the English language, past and present. Print edition located in Reference [Call Number: PE1625.O87]. The Oxford Companion to English Literature

This new edition contains more than 600 entirely new entries, to reflect the new figures and issues of English literature in the new millennium, and the existing entries have been extensively revised and updated to incorporate the latest scholarhip. But it remains faithful to Sir Paul Harvey's original vision of an authoritative work placing English literature in its widest context: no other volume offers such extensive exploration of the classical roots of English literature and the European authors and works that influenced its development, in recognition of the fact that literature in English cannot and should not be divorced from the cultural context from which it grew." "Also updated are the invaluable appendices, including the major literary awards and their winners and a full chronology spanning a thousand years of English literature, from Beowulf to the present day. Informed by the latest scholarly thinking, and comprehensively cross-referenced to guide the reader to topics of related interest. (Summary from publisher). 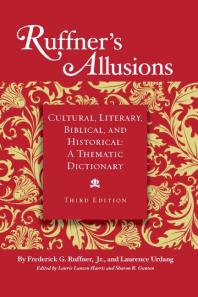 A thematic dictionary, with almost 13,000 allusion entries organized under 730 thematic categories. Thematic categories are presented in alphabetical order; each thematic category is followed a list of allusions, including definitions, origins (nationality and genre), and sources. Includes a bibliography and index. (Summary from publisher)