by James A. Kaser, PhD, Professor and Archivist

The Library Archives & Special Collections owns a volume of calligraphy specimens, bound in the 18th century and executed by William Gamble (c. 1730-1794) that needs professional conservation work, funding for which is being sought from donors. In addition to stabilizing the volume, conservators will create a physical copy that researchers will be able to handle and a digital intermediary for remote use.

To make a donation, please visit this page.

Click on the “Please give now” button and then specify “Archives” in the comments box. To learn more about donating to the Archives and this project, visit this page.

Independent scholar Joseph Wages shared the results of his research into Gamble’s life in the 2020 Archives History Day Lecture.  View his presentation here 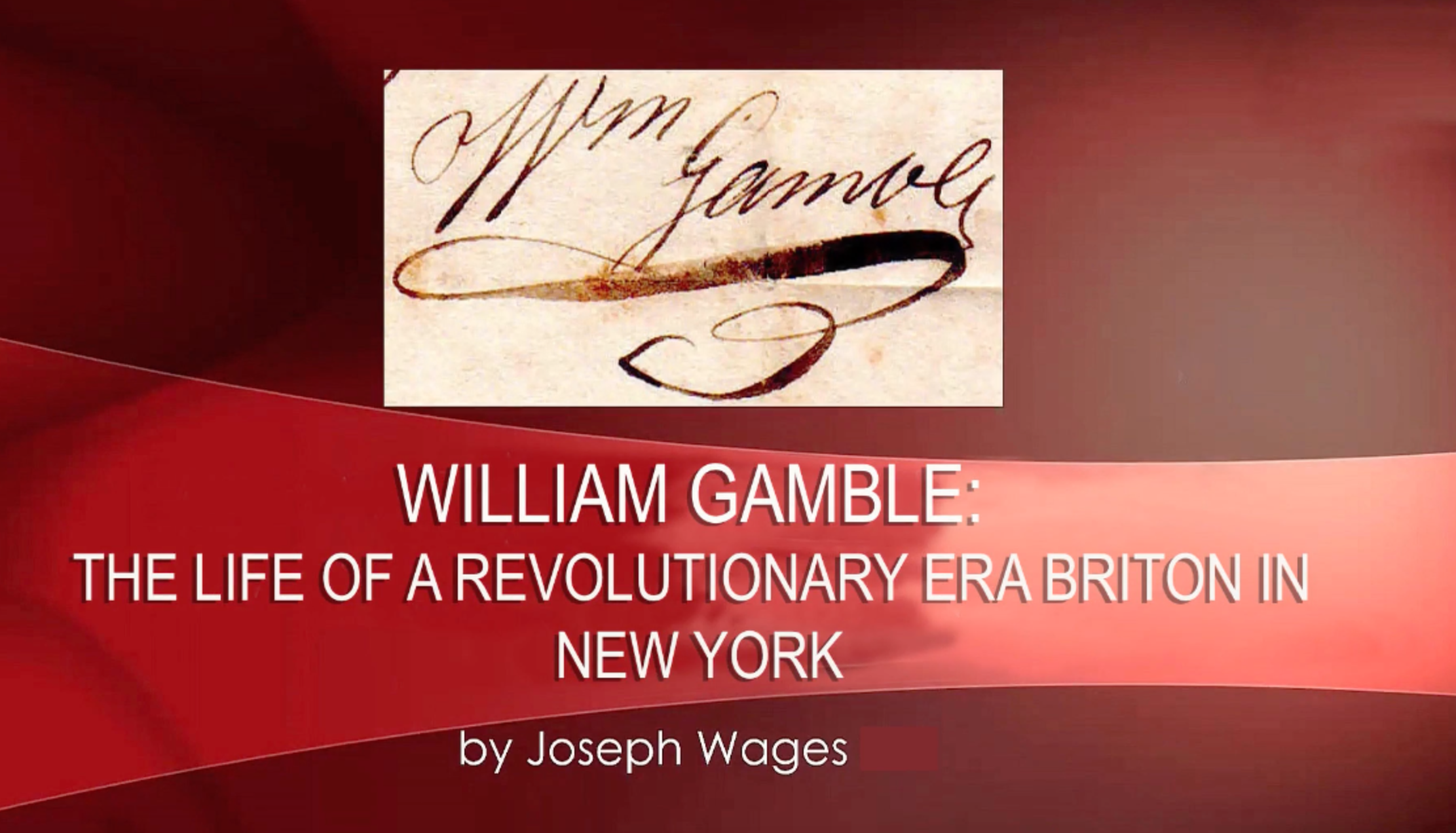 William Gamble (c. 1730-1794), an Englishman, purchased a commission in the British Army to seek his fortune and was posted to the Colonies in 1755. He served as a Lieutenant in the 44th Regiment of Foot during the Seven Years War on the New York frontier, then as a Quartermaster in Albany from 1759-1761. After a dispute with another officer, he was court-martialed and cashiered. However, through the patronage of Sir William Johnson, by whom he was also employed, he purchased a new commission as Ensign in the 15th Regiment of Foot in 1763.

Serving in the Albany area until 1769, Gamble played an important role as a Free Mason, working as a scrivener and creator of tracing boards for certificates. After the imposition of the Stamp Act in 1765, he applied for the office of Stamp Collector and in 1766 when colonial protests over the act escalated, rioters attached his house. Near the end of 1770 he purchased a commission as Lieutenant in the 16th Regiment of Foot and, in 1775, joined the 47th Regiment of Foot as a Captain. During the American Revolution, he was a Quartermaster, arranging for the transport of supplies to British troops, mostly via the Hudson River. In 1777, he was captured and held in Albany, but was eventually exchanged for an American officer, returning to service as a Major in 1778. In 1782, he relocated to Staten Island, serving as Commissary of Provisions for the 47th. 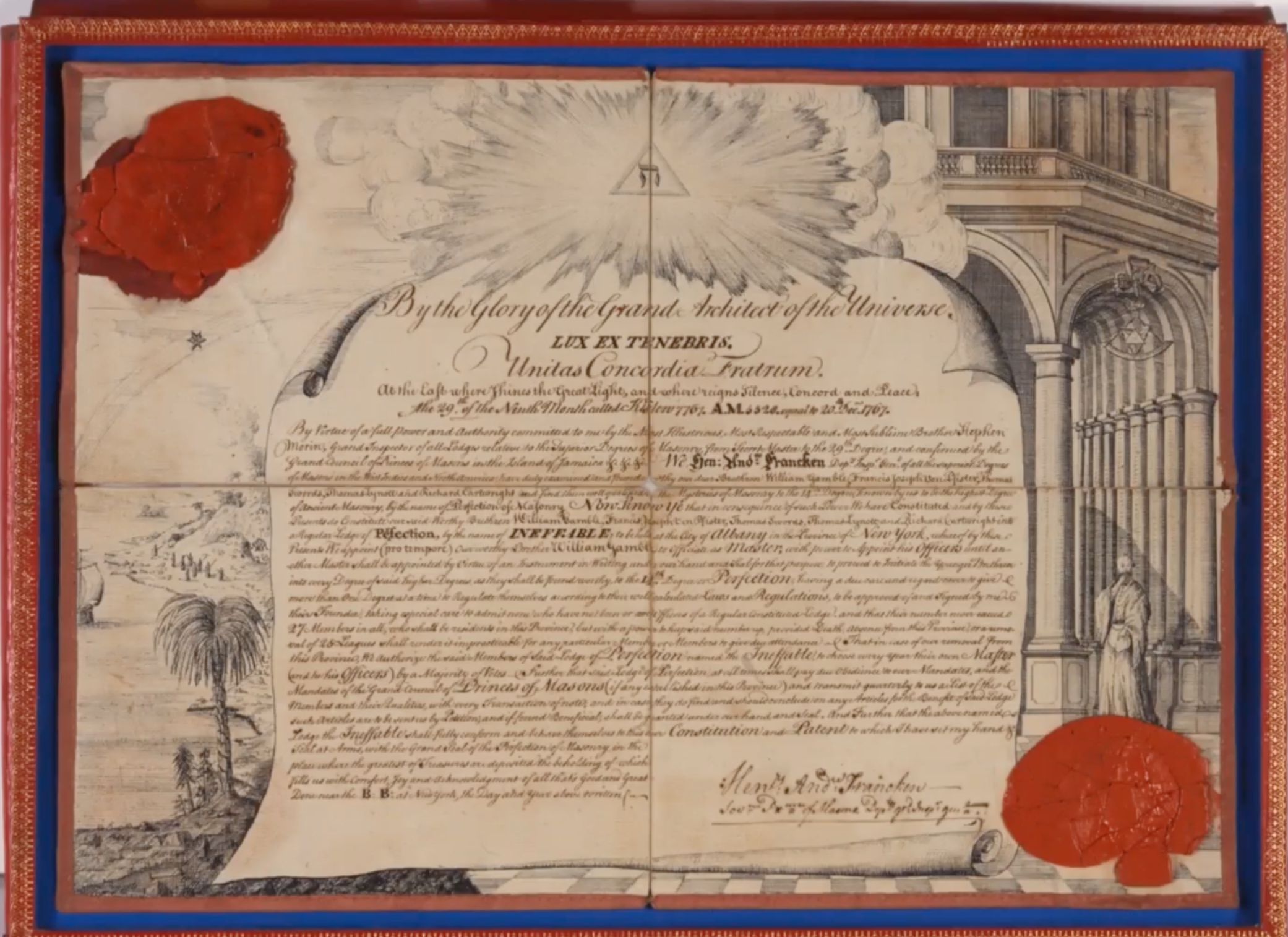 Gamble remained on Staten Island until the 47th was evacuated to Quebec after the signing of the Treaty of Paris in 1783. While he was on Staten Island, he utilized his cartographic training to map British troop encampments on Staten Island, one of the most interesting pages in Gamble’s commonplace book. He remained with the 47th, stationed in Ireland, until his retirement in 1786. He seems to have used the proceeds from the sale of his commission to relocate to the Bahamas, where he held some minor civil service positions before obtaining a land grant on largely barre Middle Caicos Island, where he was later Justice of the Peace.

Gamble died on Middle Caicos Island in 1794. Having never married, he left no direct descendants and the mechanisms for the survival of the calligraphic specimens in his commonplace book remains a mystery. In addition to the Staten Island map, the commonplace book includes a prospectus for an encyclopedia, a fanciful Gamble coat of arms, an example of micro-calligraphy, and a self-portrait.