Finding Books with the Library of Congress Classification System

Understanding the Library of Congress Classification system can be difficult, especially without any hands-on experience. Try doing the Kent State Library tutorial below in order to understand the system better and get a chance to sort some 'books' by their call number.

The Anatomy of a Call Number 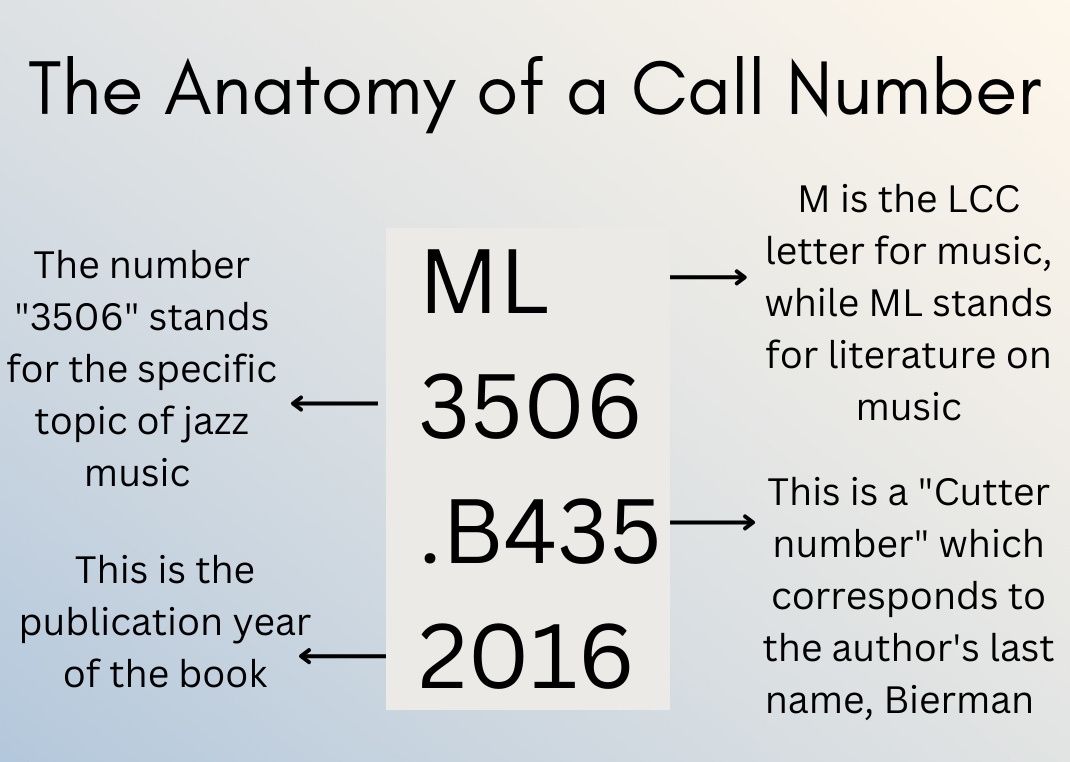 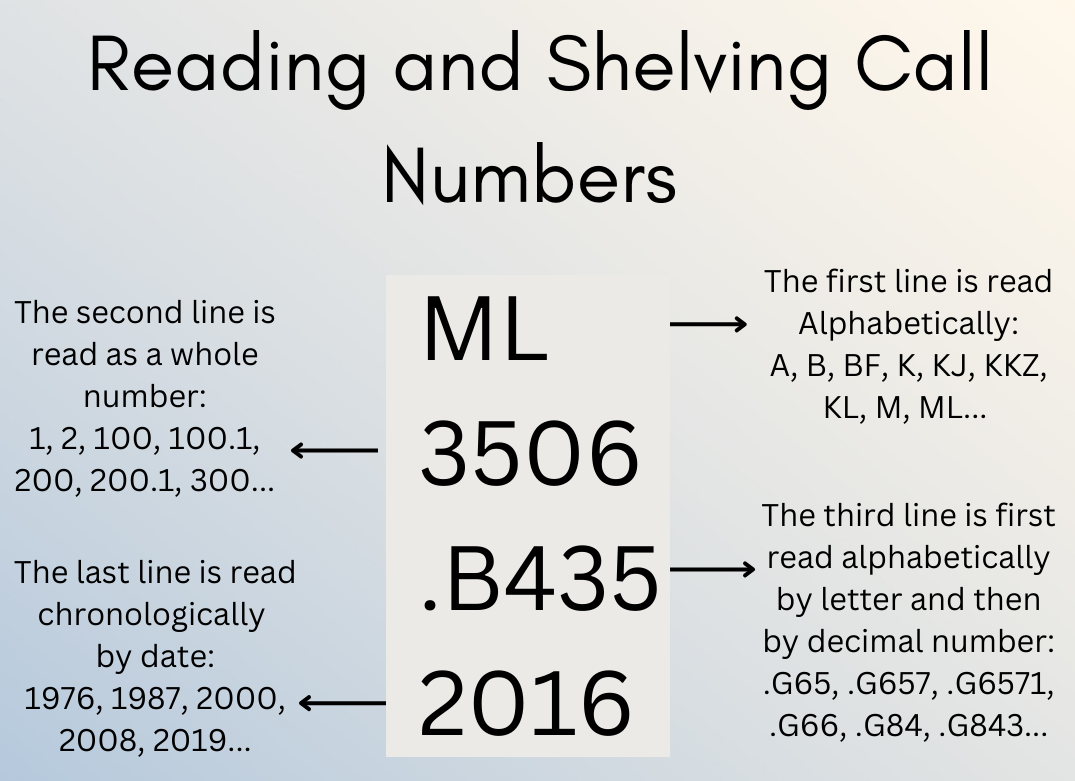 The College of Staten Island Library arranges its books according to the Library of Congress Classification System. A Library of Congress Classification call number begins with a letter or two. The first letter designates the overall topic and the second letter represents a general topic in the subject. The letters are then followed by a series of numbers, which defines the specific topic in the subject.

For example, the letter "N" represents the subject of fine arts. The second letter, if there is one, corresponds to a particular topic in the subject. While the letter "N" represents fine arts as a whole, "ND" represents the topic of painting. The numbers that follow the letters corresponds to even more specific topics within the subject. For example, books with a call number between ND 1700 and ND 2495 are about watercolor paintings, books with a call number between ND 2550 and 2733 are about mural paintings.

The second part of a Library of Congress Classification call number is referred to as a "Cutter Number." The Cutter Number follows the first part of the call number and usually begins with a period followed by a single letter and a series of numbers. Usually this combination of letters and numbers corresponds to the author's last name, however, this may not always be the case. While the first part of the call number is shelved numerically, the Cutter Numbers are shelved in decimal order. When shelved correctly, books that have the same first section of the call number will be shelved in alphabetical order by author's last name. The Cutter number can also be followed by either by the publication year or the edition number of the book.